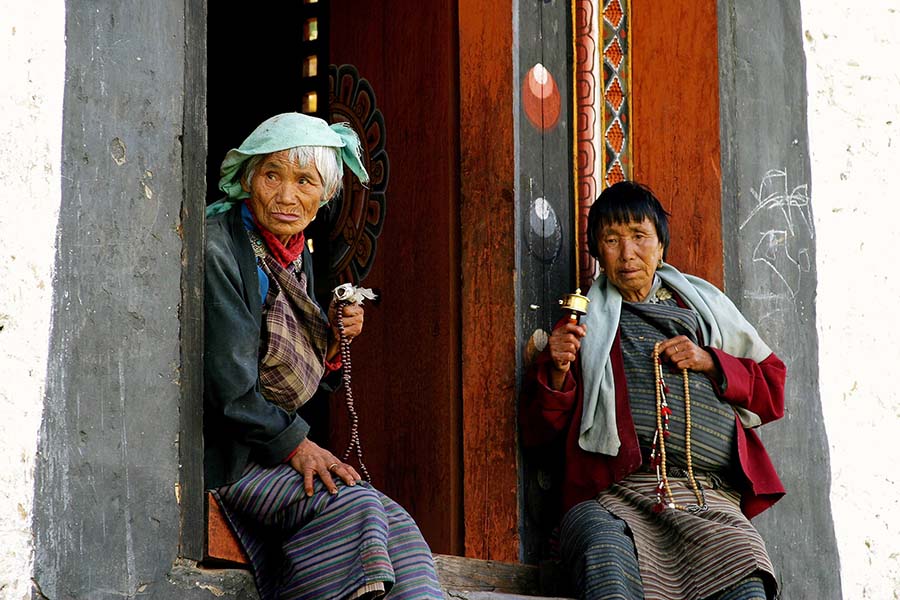 Since spiritualism reigns supreme in Bhutan, the way of life of the Bhutanese people is basically governed by their religious beliefs. Their everyday routine revolves around ones duty towards the propagation of their faith, consolidation of family values, contributions to various social initiatives and fulfilling their obligations towards the country. Religion continues to play a fundamental role in the evolution of cultural, ethical and sociological development of the nation even today. All forms of life is thought to be sacred and killing of any living creature is forbidden. To the Bhutanese nature is supposed to be an embodiment of divinity providing succor to all life, the source and sustenance of all creation. Harming another living organism or causing grievous destruction purposely to other aspects of nature is a sin amounting to a criminal offence in some cases and liable for punishment according to the law of the country.

An outstanding feature of worship through faith and belief in the tantric scriptures by the people of Bhutan is the performance of rituals. Elaborate rituals range from those sponsored by the government to mark events of national importance to customary rituals which form a part of the lives if ordinary Bhutanese citizens. Rituals are routinely performed time and again for the purpose of warding off evil spirits from homes and villages to solemnize births, deaths, weddings and other eventful occasions like inauguration of buildings, bridges, new business ventures etc.. Even the appointment of high officials consecration of temples, visits by dignitaries are recorded by performing ceremonial rituals. It usually involves recital of mantras by monks punctuated by a resonating clash of symbols, reverberating beat of drums and the resounding boom of trumpets. In the course of such rituals offerings are also made to the deities to invoke their blessings.

The Bhutanese people are staunch believers in the doctrine of ‘karma’. The form of Mahayana Buddhism they follow lays absolute emphasis in (reincarnation of the soul). It teaches them that the soul takes recourse in a physical form in order to complete its cycle of births and deaths. The ideal and constant state of freedom from this cycle is called ‘Nirvana’ a state free from mental and physical suffering. In order to attain Nirvana one is required to lead a virtuous life and gain merit through ones ‘Karma’ deeds. Good karma elevates the soul while bad karma denigrates the soul. The level of happiness or misery a person undergoes to in the present life is believed to be a consequence of the persons ‘Karma’ in the past life.