The Dzongs, monasteries and temples 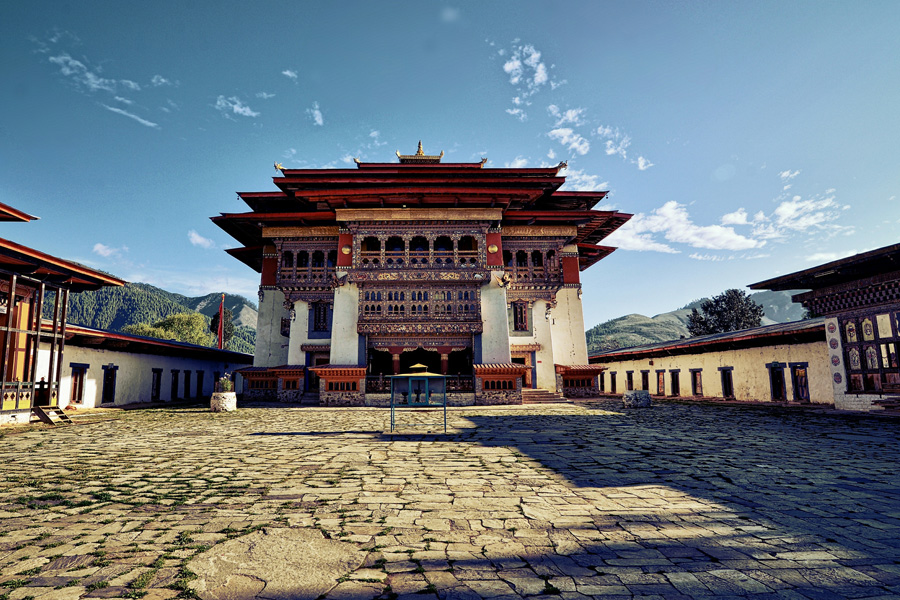 Dzongs or Bhutanese fortresses originated in 12th century and their main purpose was to fend off enemy’s attacks and be the seat of central authority. Thus, they were mostly built strategically on a mountaintop, overlooking a valley or confluence of two rivers, from where the enemy can enter. Whenever there was an attack, the people from the entire valley could be accommodated safely within the fortified walls of these dzongs. Dzongs have always served both as the centers of administration and also as centers of religion and culture. Most dzongs have monasteries that serve as residence for monks and give them religious training. However, administrative section of a dzong and the monastic section are clearly separated. The chief architectural elements of a Dzong are its massive stonewalls leaning slightly inwards, intricate woodwork on windows and wooden cornices.

Temples in Bhutan are known as Lhakhangs while monasteries are known as Gompas or Goenpas. They are found everywhere in the country, from every valley to every village to almost every mountain. They serve as the religious centers, as the venue for social and cultural functions and events and as a place for employment for laymen who work as help, artisans and agricultural laborers. Lhakhangs or temples in Bhutan can be a part of a dzong or a monastery as the main and central building or can be a separate building by itself. Some of the most sacred Bhutanese temples are situated outside the boundaries of dzongs and monasteries.