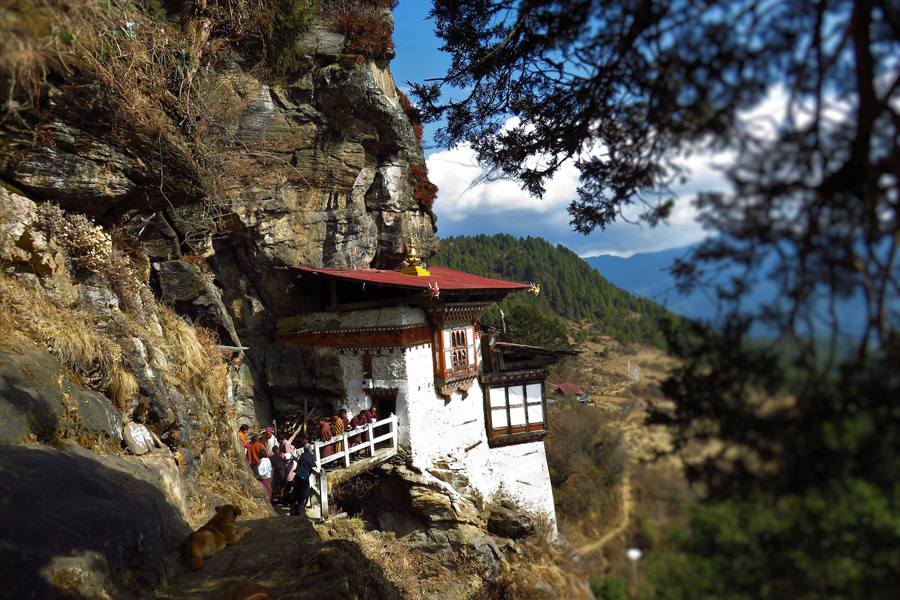 On the cliff opposite of the Tang Valley, is where the Kunzangdra Monastery is located. It was founded by Pemalingpa in 1488 and is one of his residences. It takes one and a half hours to reach there by foot. Apart from Pema Lingpa’s living quarters, the monastery consists of three temples: the Wangkhang, in which the principal statue is Avalokiteshvara with a thousand eyes and a thousand hands; Oezerphug, the meditation cave of Pema Lingpa’s son, Dawa Gyeltshen; and the Khandroma Lhakhang, which contains a gilded copper statue of Pema Lingpa.